A Concise History of Modern India by Barbara D. Metcalf
My rating: 5 of 5 stars

I found this book totally captivating. I have followed Indian history through books, and have been witnessed incidents taking shape, like Babri Masjid Demolition, Killing of Rajiv Gandhi, Curfew, Coalition Government, Gujarat Violence and burning of the train, the rise of Cyberabad, etc.

The details provided in this book still captured my attention. The authors do a wonderful job of providing a "concise history of modern India", and trying to present the facts as they are.

If we come across any review that either accuses the book of having some prejudice by labeling it with terms like "British authors", "leftist" or "does not capture greatness" or "congress" etc, we can safely assume that the review-writer was standing in front of the mirror rather than in front of text and words.

Reading history, I often realize that reality can be stranger than Fiction. This book share ample anecdotes along those fronts.

The first thing I realized was - British East India Company had a much difficult time establishing trade relations in the subcontinent than French or Portuguese who had arrived earlier because India under Mughal had some resistance going on. They established pure trade relations, incurring a loss, buying cows from India, and facing criticism from Britain. The company did not want to give up on the business opportunity with India and incurred losses for decades.

Then we notice how Britain captured the whole of India. Robert Clive and Mir Jafir, a name that has become eponymous with a traitor start the conquer from South to Nawabs of Bengal. The loot and wealth of India were too tempting for the British to give up or lose control to locals.

I came to know through this book that for administering India, British setup "Indian Civil Services", the highest administrative body in India, which trains qualified candidates in both Britain and India through rigorous exams. The motivation was for that administrative body to report directly to the British state. The "Indian Civil Services" served the system very well, continued after Independence, and reporting structure replaced to the democratically elected official instead of the British state.

The book is a whirlwind, each capture captures multiple events in a century or decades.

I came to know that Mohammed Ali Jinnah, had requested Pakistan to be consisting of multiple divergent states in India which had Muslim Majority (like Hyderabad, Kashmir, parts of Punjab, Bengal, etc). He very well knew that having a separate country with interspersed states was never going to be practical, he wanted to use that demand as negotiation tactic. However, Nehru and congress never gave into it. They receded two states of Pakistan on religious identity. Nehru declared during Independence that India was not built on religious identity and is not a religious state, thus keeping the plan for India with all the states in order.

It seems like India had decided that after independence they will have some money for nation-building purposes. Since India got partition, I came to know that, it was Gandhi who, in his just tendencies, requested for 40 million pounds to be given to Pakistan as it's share.

I had known about the factors leading to Independence a little, but I didn't realize that the British were spending roughly 1000 million pounds per year on India after the war (like supporting Indian soldiers, infrastructure), which had proven economically very costly to hold on.

The book also deals with more recent events, and particularly things that struck me was

a. Keezhaldi massacre and how no one was ever brought to justice.
b. No one was brought to justice for the Gujarath train massacre. The chief minister, Modi was let go by the then government in power, BJP under Atal Bihari Vajpayee.

It is often that case that being in political majority determined the outcome of the punishable act, and humanitarian qualities like justice didn't have a say against power.

As an aside, I could relate to the above statement even in the 2020 Delhi Riots. BJP government did not bring anyone to justice. The same argument holds worldwide too wherein, in the USA, cronyism is so prevalent in republican led administration, and bringing someone to justice for the wrongdoing seems also non-applicable if the person has power.

Bill Gates has an article on What you need to know about the COVID-19 vaccine The entire article is impressive in terms of the approach to solve this problem. The particular highlight for me was Bill Gate's emphasis on making sure everyone in this world, yes 7 billion people in this world get the vaccine as soon as it is available.

This is an impressive thinking for a individual. Considering the solution for the entire humanrace, because no human is different and is equally susceptible to this virus.

We need to manufacture and distribute at least 7 billion doses of the vaccine.

I completed the leetcode 30 day challenge for April 2020. 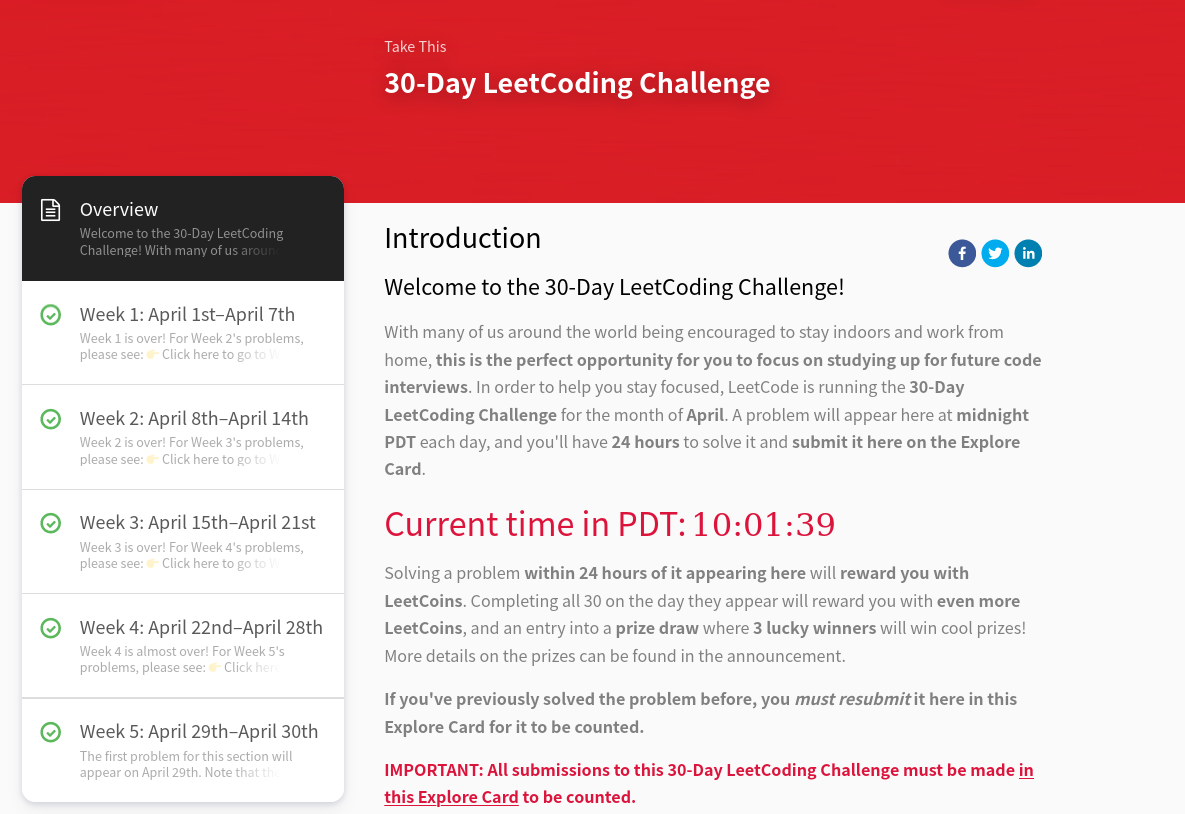 Masterminds of Programming: Conversations with the Creators of Major Programming Languages by Federico Biancuzzi
My rating: 5 of 5 stars

This was a lengthy book. The interviewers did a fantastic job with their questions and covered a range of expert programmers and language designers across the spectrum. The important thing I gained from reading this book was my "enthusiasm" again for different programming languages and styles.
Each different language creator had some "opinions" about the state of affairs and went about in a personal way to do something about it, create a language, create a community, solve the problem, and usually building on top of what the person had learned from others. The language creation is both a scientific process (standing upon the shoulders of giants), as well as the unique taste that each language designer brought to the table. I was excited to learn more about AWK, Haskell, Perl, and Eiffel as languages after reading this book.

I came across this article on Brian Lewy, who was once the CEO of RadioShack, but after 30+ years in business, decided to pursue his interest in Medicine, and became a clinician and helping with fight against COVID-19. 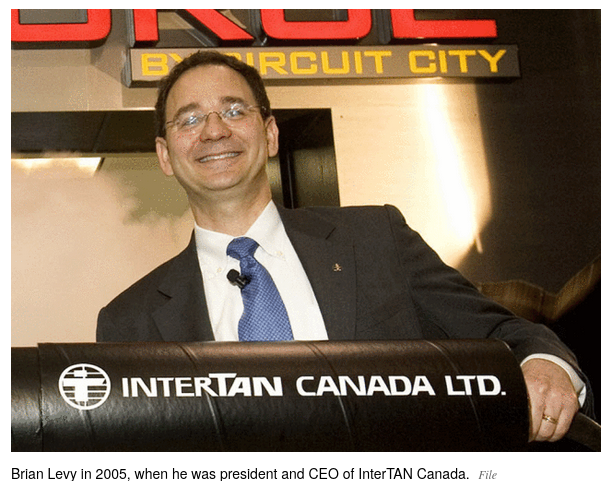 “I am just one of those people who was very fortunate, where things worked out, and where I could do not just one thing I really enjoyed in life, but two.” 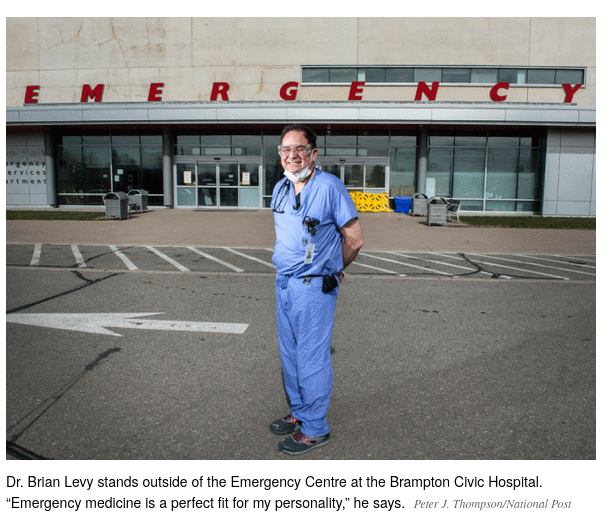 Source : Heroes of the pandemic: Former CEO of RadioShack now an ER doctor on frontlines of COVID-19 fight